I note that I have the honour of being elected the 115th President of this august Club.

I would like to thank the previous President and committee for all the hard work last year and in particular those stalwarts of the club – Chris and Corinna Edge. Whilst they are both relinquishing some responsibilities, they will both still be serving on the Committee to the Club’s benefit. The now new IPP Geliya Chulmarova did blaze a successful trail with the club’s first webinars.

I would also like to pay tribute to Past President Valerie Boakes who has now stepped down from the committee. It has been five years since her successful Presidency, and we will miss her wise counsel. I still remember that September day in 2015 at Stationers Hall, for a Shrieval Chain presentation, when Valerie wandered up to me, engaged me in conversation and then nobbled me to join the committee! The rest, as they say, is history.

The diary of events for this year has been circulated with the AGM papers and hopefully the pandemic will not cause as much havoc on the Club’s events as last year because it will be good to be able to have fun in person again! We still need to confirm some dates in the later part of the year but as more people return to offices and more venues open up, we will hopefully get those dates confirmed in the diary. The first event is a virtual wine tasting on the 21 April and details will be circulated shortly. Thereafter it will hopefully all be in person events. The Installation Dinner is being held on the 3 June at the National Liberal Club and the Club’s Annual Civic Lunch is on the
9 July in the Crypts of the Guildhall with Sheriff Alderman Michael Mainelli as the principal guest.

We are looking to launch a few new initiatives during the year such as a Corporate Membership offering and some new merchandise, especially for the ladies. The Club has been successful in increasing the membership over the last few years and we plan to continue this membership drive. We will also be doing an update and review of the Club Rules which will be put to the membership for approval later in the year.

The committee and I look forward to serving you this year and I hope to see you all before too long. 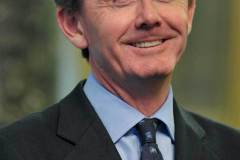 With the vaccine roll-out, I can’t help but think what a post-Covid London is going to look like, and how we are going to promote The City on the world stage moving forward.

END_OF_DOCUMENT_TOKEN_TO_BE_REPLACED

Brand value is arguably the most valuable asset a company has, but so often Boards don’t seem to see it as their responsibility. Here I have put pen to proverbial paper and explained why this age old habit needs to change.

END_OF_DOCUMENT_TOKEN_TO_BE_REPLACED

At no time, certainly in my memory, has any industry, including advertising, experienced such accelerated change as it has this year, and yet its future seems somewhat in question.

END_OF_DOCUMENT_TOKEN_TO_BE_REPLACED

Businesses seem to have fallen into three categories over the last few months. There are those whose marketing departments seem to have adopted radio silence, there are those who have put information out on the pretext of being helpful but have shown in their follow through that it’s only skin deep. Then there have been those who have put information out and been transparent about how they are handling things – even when it’s hard. They have shown they care about their customers and do not take them for granted. Bravo!

END_OF_DOCUMENT_TOKEN_TO_BE_REPLACED

With the vaccine roll-outs, I can’t help but think what a post-Covid London is going to look like, and how we are going to promote The City on the world stage moving forward.

END_OF_DOCUMENT_TOKEN_TO_BE_REPLACED

The Worshipful Company of World Traders’ Tacitus Lecture was held via Zoom this year on 25th February 2021, but If any of you missed the Tacitus Lecture last week, would like to watch it again, or have guests who would like to have attended but couldn’t, the video is now available via this link.

A SERIES OF INCREDIBLE ONLINE EXPERIENCES

Starting as all good events should, with a glass of Pol Roger champagne on 17 March, the next eight weeks will take us on an adventure through books, wine, and delicious home-cooked curries with some of the nation’s best-loved personalities.

Hear tales of travel and adventure with Sir Michael Palin, be transported to the vineyards of Bordeaux with Edouard Moueix direct from his chateaux and impress your family by cooking up an Indian feast with Prue Leith. All while raising funds to support our veterans and their families.

Everything you need to join in the occasion will be delivered to your door and leading figures from food and wine will be there to talk and walk you through every step to provide the best of Lord Mayor’s Big Curry Lunch in the comfort of your own home.

To find out more information and to purchase tickets to our fantastic online events programme for 2021, please visit:

I have personally just booked for all the incredible speaker nights, the cooking experiences and the wine event. Sadly I am not free on the Pol Roger night. Please join me in spirt if not in person.

Please see a newsletter of the Aldgate Connect BID in the url below. There are several free events. They all looks interesting, I was interested in the drawing classes on 17 and 24 February and the tour of Open spaces in the City on 26 February.  Geliya, President

"Open to all", the Club is for those who live in, work in or just love the City of London.

Good read this morning in @FinancialTimes on my role as #Sheriff and promotion of the City of London. 40+ years in the City as commercial solicitor @DLA_Piper and 30+ years @cityoflondon elected member. I have a lot to say and to give to this great City.

We look forward to seeing you

President Shai Umradia hosted a group of more than 20 Aldgate Ward Club members and guests to the United Grand Lodge of England.

Here are some pics of the event.

President Shai Umradia CC invites you on a fascinating tour of Freemason’s Hall.

Wonderful musical event in aid of the Sheriffs' and Recorder's Fund helping ex offenders to be held at Old Bailey on 3 May at 6.30pm. Working with #TurnersLivery Tickets now on sale via Eventbrite #PepysRecorder #17thcentury
https://www.eventbrite.co.uk/e/an-evening-of-17th-century-music-song-in-the-grand-hall-of-the-old-bailey-tickets-250034388587

Last night I slept out to raise money for homelessness @LMAppeal and @SCTrecovery at the Lady Mayoress' Sleepout at Guildhall.

Guildhall Great Hall
6:30pm Friday 22nd April
Banquet to celebrate the centenary of the founding of the society

This week Members & guests gathered at the Guildhall for the AGM and dinner as President Hamish McArthur Installed Shai Umradia as the new President & badging of officers.

To all women, we celebrate you today! We are helping to bring dignity to many women, from school children to vulnerable adults. Click here to see if you could help someone today - http://www.hsl.church/the-hygiene-bank
#internationalwomensday #THB #holysepulchre

March 8th is International Women's Day - a global day celebrating the achievements of women. Since 2013 we are proud to have had three female Masters: De Bradshaw, Alison Gowman and our current Master, Margaret Coates #thePlaisterers #InternationalWomensDay #BreakTheBias

Excited to have visited the Landmark Court site in Southwark with @MOLArchaeology to see new mosaics uncovered showing living area with 2 mosaics. Smaller one being prepared to be removed from site for preservation

And a good night was had by all! Including the Master!

Great to meet and speak to the Leaders Council and impressed with their purposeful engagement on leadership in today’s society. @LeadersGBNI https://twitter.com/LeadersGBNI/status/1499357629830807552

and Alderman of Dowgate Ward & Sheriff of the City of London, Alison Gowman.

Thank you for hosting us once again in Mansion House.

The installation is open to all members and their guests.

The Choir of Holy Sepulchre, London@ChoirSepulchre

Humbled to hear, at the @WorshipGlazier Winter Dinner, from Brig Duncan Forbes RM of the strategic imperatives of the @RoyalNavy and to reflect on the courage of those who stand ready to protect us.

It was an excellent event with haggis, neeps & tatties, whisky and highland dancing!

Highlights of Azerbaijan on the 11th February 2021 , by Zoom

On 31 July 2020 the Aldgate Ward Club held an Installation Dinner. It was an unusual event, unusual from several perspectives.
First of all, it happened during the pandemic.
Secondly, for the first time in history of the Club,it was held out of the City of London Corporation.

Members and guests don't miss this year's Installation Dinner at the club's spiritual home, @BalticExchange on 19 March. Details can be found here https://bit.ly/2FumsP0

Happy New Year to all our members and friends in the City of London. May 2019 bring you health, wealth and happiness.

We had a lovely New Members' Event last week @BalticExchange If you're interested in finding our more about joining the Aldgate Ward Club, do visit our website https://www.aldgatewardclub.org/

Congratulations to the new Alderman for the Aldgate Ward, Susan Langley OBE. Here are her details if you need to get in touch https://bit.ly/2Ibj61N

It's the AWC President's Day on 20th October. We'll be visiting @robersonwine & the Post Office Museum. A fun-filled day with a wine tasting and lunch followed by a trip on the Mail Rail. Members and their guests will be warmly welcomed. https://bit.ly/2oqlSqP

The Lion Sermon will take place at @StKathCree on Thursday 18 October. Members and guests can book their complimentary places here https://bit.ly/2PQ0ubj Lunch will follow in a local hostelry.

We're all excited about our forthcoming visit to @LDNairamb next Wednesday, followed by supper #fellowship #supportlondonairambulance

It was delightful to have you both there.

Introducing Inge Mitchell voted woman of the year by Women in Shipping! Inspired by Inge's life story at my 1st @AldgateClub members evening

As @EveningStandard says, Aldgate is on a charm offensive and so are we at Aldgate Ward Club! http://bit.ly/2xxB9fv

As our President, Trevor Brignall says, ward clubs should support the businesses within their boundaries.

The week of our #CivicLuncheon @GuildhallLondon has finally arrived! No doubt a wonderful time will be had by all.

Why is everyone wearing green ribbons around London this week? Together we can #endthestigma of mental health http://www.standard.co.uk/lifestyle/health/the-reason-why-people-are-wearing-green-ribbons-in-london-this-week-a3533186.html

Fabulous evening at Mansfield St for a #Slavic concert in aid of the Nicholas BoasCharitable Trust. #Members and guests loved it!

We get invited to some wonderful #events & the next one is on 22 March in aid of the Nicholas Boas Charitable Trust http://bit.ly/2mos1lE

How does the Modern Apprenticeship compare with that of the City’s Medieval Livery Companies? This diagram explains:

It was absolutely superb!

Anticipating the Gala Concert and the playing of @citylordmayor and @londonsymphony

@GregoryJonesCC Tremendous. I had the honour to install Peter Hewitt as Patron of @AldgateClub when I was President (ie Chairman). #lookeast

It's not every day you have the Lord Mayor of London @citylordmayor at your rehearsal; less still that he's playing the organ! @LMAppeal

@UnitedWards The City Livery Map, covering all the wards of the City of London: http://cityandlivery.co.uk/buy-the-map.html

Well it is a Friday, Steve! Would any other takers for that or any other event let us know asap, as we're selling out on many

@janewharam we will be at the Fish and Chips date. Showing my true priorities :)

Keep an eye on our #events for the year http://bit.ly/2mos1lE There’s something for everyone! #City #tradition

Fabulous dinner for the installation of #TrevorBrignall as #president of #Aldgate Ward Club on 7 March!